Caffeine comes from coffee beans and tea but can also be synthesized in a lab so can also be found in energy drinks and pre workouts.

But is your caffeine doing your workout more harm than good?

There is a significant amount of research that shows caffeine can have a positive effect on both limiting fatigue and increasing power output. This has been shown to have the most notable effects in resistance training and shorter bouts of anaerobic exercise.

Further to this it can help increase wakefulness and feelings of alertness – which is why people tend to drink it in the morning or when they are tired. Therefore it has become popular amongst gym goers who need that extra ‘boost’ before they work out.

The dosage to get the positive performance is high (4-6mg of caffeine per kg of bodyweight). To put that in to perspective; a 70kg individual would need to consume 280-420mg of caffeine per workout. The average espresso has around 80mg of caffeine. This means that a triple espresso pre workout would just about reach the lower end of the threshold. To get to the top end you would havwe to have roughly 5 espressos.

This is a pretty hefty amount of caffeine especially if you are not used to it. But further to this if you are heavier you will need even more to get the performance benefits.

This amount of caffeine can be problematic especially when we consider how long it stays in our bodies. Now there will be a certain amount of individuality but the average half life for caffeine for a healthy individual is around 5 hours. This means that after 5 hours, 50% of the caffeine content will still be circulating in your system. So if you consumed the full 420mg of caffeine at 2pm then at 7pm you would still have roughly 210mg of caffeine in your system (still over 2 espressos worth of caffeine).

This can become a problem when you consider the effect this could have on sleep later in the evening. Which in turn could have knock on effects negating the performance outcomes. you were looking to gain from caffeine in the first place.

Lastly and probably most importantly, there is newer research that now suggests the increased body temperature has a negative effect on exercise. Therefore ingesting caffeine which has an impact on increasing body temperature may not be quite the performance enhancer we first thought.

Yes it will increase focus and you will feel highly energised. However the actual sustained output you may be able to maintain may be reduced.

Caffeine undoubtedly has some positive effects in terms of focus and alertness. I will also help to give you energy when you may be lacking it.

However, becoming reliant on it to get through your workouts probably is missing the wood through the trees. If caffeine gets you through every workout then maybe there are other areas such as sleep, food or stress that may need to be addressed first before reaching for another cup of coffee. That’s without mentioning the fact that caffeine could be one of the reasons you aren’t sleeping well.

Further to this caffeine (despite the stimulatory effect) may actually be reducing the effect of your workout through the increase in body temperature it causes.

If you enjoy drinking caffeine then the benefits of that enjoyable cup of coffee may outweight the potential benefits of training stimulant free. And in all honesty, if you train regularly you will make positive gains regardless.

However, if you are looking to eek out every last percentage of gains possible, then looking into the positive effects of cooling your body during training (in which caffeine stimulates the opposite) may be beneficial.

Ollie is a running coach and personal trainer working out of Halo Gym. His background is more strength based having played Rugby League and competed in amateur strongman. More recently he has turned to more endurance based sports and regularly runs having completed 6 ultramarathons and enjoys getting out on his road bike. His philosophy on training is building “all round fitness” so you can expect him to draw from a combination of barbells, kettlebells, boydweight, core and mobility work while also making sure cardiovascular fitness is covered. He believes the benefits of training suprass that of the physical and is passionate about helping his clients become more physically and mentally resilient with a focus on health being a priority.
Check out Ollie’s profile here
JOIN NOW!

FIND US
HALO GYM
OUR ADDRESS 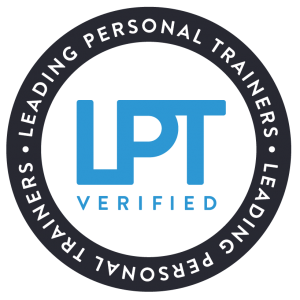